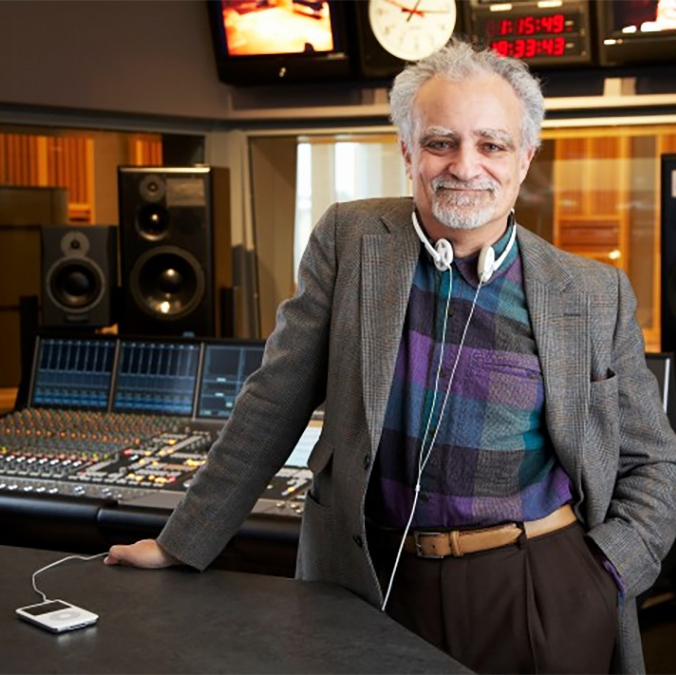 Polly Howells  – I'll never forget sitting around a Cabot Hall table...saying, "What the fuck? What is this all about?

Why are we here? The courses are terrible, we're much smarter than all the men. This is like a shocking disappointment."

Dave Denoon – I went thinking I was going to be a chemistry major...but in the Fall of our freshman year

I didn't find it as intresting as the Cuban missle crisis, the closest we've ever come to nuclear war.

John McCluskey —For me it was a time to experiment, to look around corners, to size the place up,

to be hungry, just gorge yourself on a different place, and a different context...you won't see that kind of freedom again.

Wendy Philbrick — What really, really grounded me was having my children and grandchildren. That’s my heart.

David Andelman — I saw a recruiting notice for WHRB, so I wandered into their studio in the basement of Holyoke Center — and it changed my life.

Sherman Abe — I was born in an enemy, Japanese detention center. We returned to California when I was an infant to a Chicano neighborhood

at the edge of the Mojave desert [where] there were no relatives, no friends, no teachers ever connected to Harvard, even the East Coast.

I mean Harvard was so far away!

Roger Howe — We moved around a lot. So, from the 8th grade to Harvard, I went to a different school every year. In some sense I was

an odd man out...When I was teaching at Yale, I never went to the Harvard-Yale game, because who would I cheer for, right?

Virginia Morris — Who I was, was an emotional person! Acting allowed me to express myself.

Ellen Leopold — Harvard really wasn’t interested in women at that time — it just seemed that we were all pretty much overlooked.

world class mathematician. That was I think the most difficult thing for me at Harvard, coming to grips with that understanding.

Lynn Visson — I would have these feelings walking through Harvard Yard, “Boy I’m lucky. How did I get here? Isn’t this wonderful,”

and feeling a part of an intellectual community, preserving culture and tradition, which has always

been very important for me. I had moments like that every term. Even yesterday.

Michal Goldman — It was my first experience of being overwhelmed, of the kind of loneliness so intense it makes you scared. All these people!

Nancy Uhlar — We all lived in little rooms, with a communal bathroom and lots of dramas, dramas from our own behavior,

when I broke up with the person I thought was the love of my life, and dramas from the outside world, someone shrieking through the hall,

maybe I should take some time off. And I was in the Marine Corps for seven years. By God, I got even with them. I came back.

Michael Epstein — It’s just the strangest thing, just two days ago, someone said, “so where did you go to college?" And I said Harvard.

John Leshy — The county I grew up in was the poorest county in the state of Ohio. When I was a senior in high school two families had a

Hattfield-McCoy feud and one of them walked into the local restaurant and gunned down the other one. At least for somebody like me,

Harvard just opened up a lot of doors, intellectually and in other ways.

Dan Fendel — How awful it was, that people were always trying to be cool, not revealing too much of [themselves]. . . I regret it.

Neal Kominsky — I worked in the dining room halls in houses, watching Harvard go by, an astonishingly wide variety of people,

some of whom were very easy to like, and some of whom just thought I was part of the furniture.

Alice Abarbanel — Over the years I’d hear about being at Wellesley: the Women professors, the small classes,

[where] most women talked and I thought, “Oh, my God, I hardly ever talked in [my] sections.”

In Wellesley I would have felt more confident instead of lost in the shuffle of all these guys.